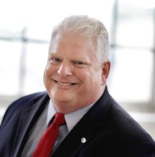 Everyone should check on the training and background of there tax preparer. There is a broad range of experience in the industry:

Previously John owned his own independent insurance agency selling all lines of insurance. In 2009 John earned the designation of Certified Insurance Counselor.

John has been a licensed insurance agent since April 1985.

John spent several years in the securities industry and was a Registered Securities Principal from 1991 to 2000.

John received his Bachelor of Science in Economics from Grand Valley State is 1982.

John received his Associate in the Arts from Muskegon Community College.

Print | Sitemap
John C O'Brien EA is licensed to represent taxpayers before the Internal Revenue Service in any tax matter.